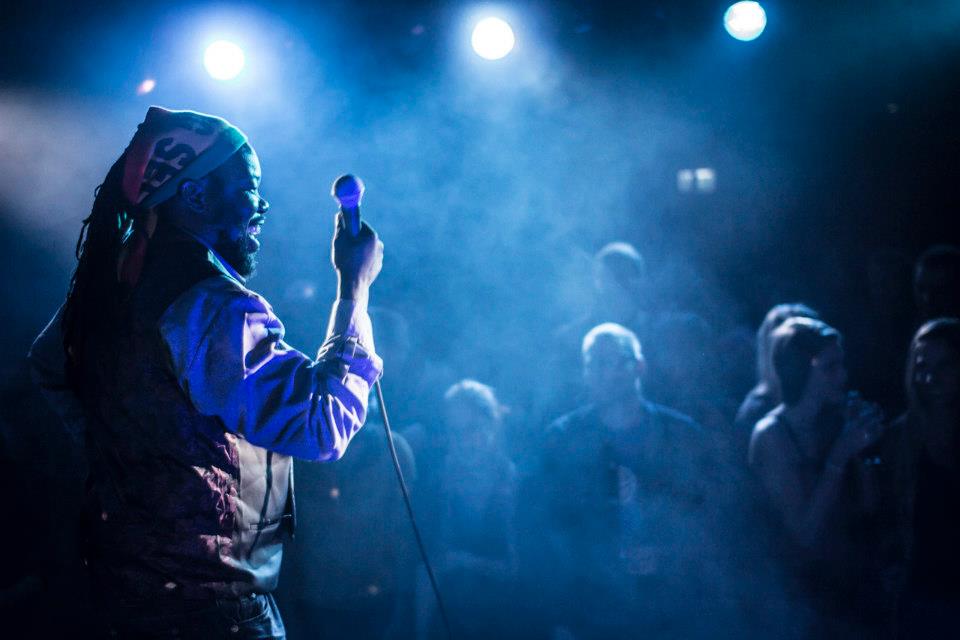 Reggae artist – STILL ON THE MISSION

Michael Fabulous, born Lansfield Clarke in a small district of St. Mary’s known as Freehill, is a singer who started his musical career naturally and humbly. His favorite subject in school was composition making him not only a great singer but a great writer as well.

“I started singing at age 16 while living in Geddes town St. Mary. The most influential artists at that time were Admiral Tibett, Little Harry and Capleton, which I learned a lot from musically over the years. As an upcoming artist I got my first chance to record my first single in 1987. It was a single titled “Will You Still Love Me” for an Ochi Rios producer Rafell Grey.

I got a real feel of the business when I started to visit King Tubby’s and King Jammy’s in Kingston. In 1989 I linked up with Shocking Vibes and Penthouse Recording Studio. Some of my singles are, “Run Certain Boy Out A Business” produced by Robert Livingston, another single was “No Mercy For The Merciless”, produced by Carl Ayton.

In 1995, I reached a higher level in my career when I performed and did highly recognized performance on Rocker’s Award Show at Coney Island in St Catherine. In 1998, I released a single titled “Hit The Chart” on the Kennedy Int’l label. In 2000, I started working with Fire Ball label and released a single titled, “One Way Jah Way”, in combination with DJ Power Man. In 2001, I have had performances in the Bahamas and have also performed with Internationally Known Artist Capelton an Admiral Tibett at the Teen Splash at James Bond Beach in St. Mary. In 2002, I performed on Rebel Salute. In 2003, I released my album titled, “One Way” and also toured in Holland and did performances in Trinidad an Tobago alongside Norris Man. In 2004, I continued to release a string of songs in combination with Terry Ganzie, President Brown and Capleton. In 2005, I performed in Grenada alongside Jah Mason, Pinchers and Mikelous. In 2006, I performed in England at the Player’s Night Club. In 2007, I have released a lot of new music. My latest track is produced by Andrew at the “Cold Fusion Studio” the track is titled, “Leave Right Now”. My new album is titled, “Then And Now”, it is being distributed by CAP CALCINI in Jamaica. July 2007 big performance in New York along side Johnny Osbourne, and Major Mackerel. June 2008 Reggae Bash Festival in Canada along side Chezidek. November 2008, I did shows in Las Vegas alongside I-Trinity Band. July 2009 the Southern California Tour alongside I-Trinity Band. Performing in San Diego, Long Beach, Santa Barbara and Laguna Beach. On August 2009 performed on Capleton’s Birthday Bash “St Mary me come from”. Late 2009 NEVER GIVE UP TOUR in Europe. Performing in Germany, France, Spain, Austria where I achieved great success . The genre is Reggae, the music is Fabulous! Michael Fabulous, humble beginnings and sings with as much passion today. Michael has three albums “Then and Now”, “One Way”, “Never Give Up”, his latest featuring Capelton. Queen Ifrica., Terry Ganzie, Louie Culture. Prezident Brown, Louie Culture and Power Man. Michael is Still on the Mission, the title of his upcoming album and is returning to Jamaica for his latest endeavor. Michael is going for his and it is extremely Fabulous. Look out for the new joint and enjoy the FABULOSITI One Love & Jah Bless -Michael Fabulous