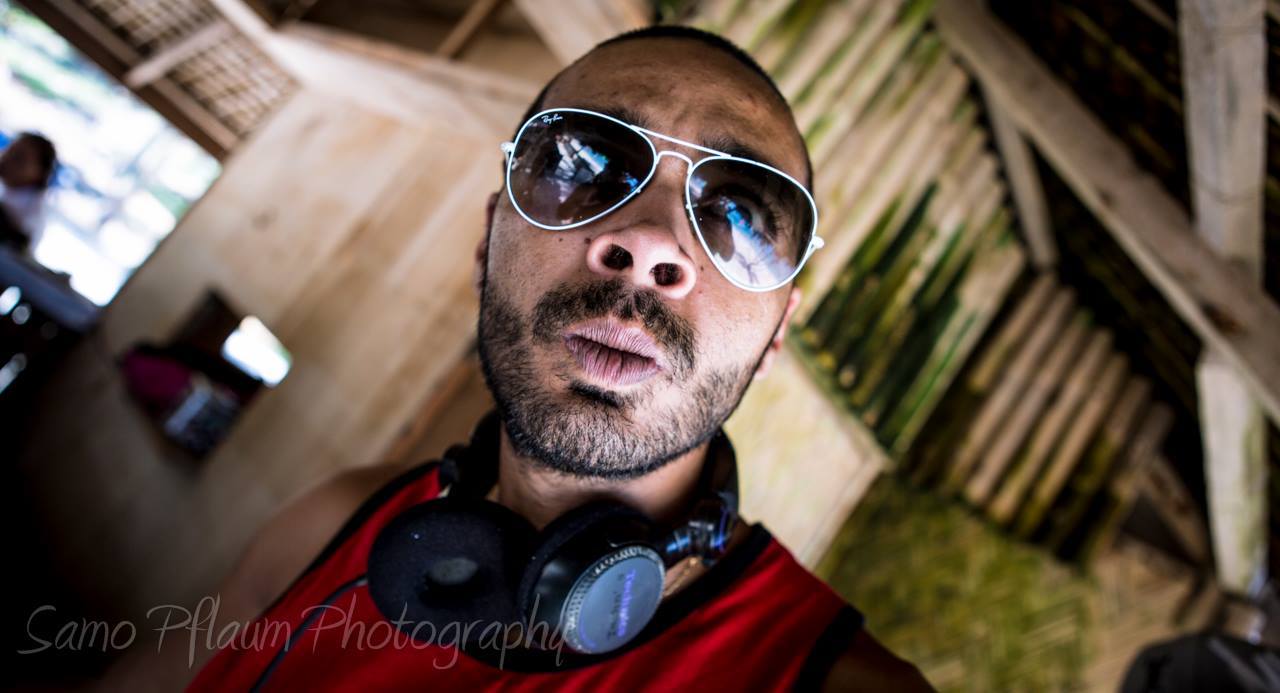 M’Beewan, a 33 year Old multi-instrumentalist and composer-songwriter for more than 10 years, was the lead singer iRieTEAM a French Nu-Roots Reggae band created in 2003, and made 2 albums and a Live DVD (Besoin d’Aide! 2005 / Live à l’Herbe en zik 2006 / Enfants de la Patrie 2008).
Born in France he started to study violon then saxophone in a musical High School. He played drums, keyboards and guitar in few bands when he was a teenager, but find his way behind a microphone, writing lyrics since he was 6.

Mbeewan is willing to unite people around a message which breaks the borders of reggae and of generations, thanks to its multiple influences.
Reggae, rock, dub, hip-hop and soul are the main influences which guide Mbeewan’s music.

Mbeewan’s songs are definitely militants and deal with topics such as education, ecology, religion, wars, racism and crisis linked to identity, as well as conflicts destroying Africa and the Middle-East.

Back from a long trip to Asia, M’beewan recorded “Round Wan” in China, which is his first 6 track-EP, relaesed in Spring 2010 and he’s on the road again, with a new net-tape "Wan More Time "ready to spread his vibes all over Europe.

Back in Asia in 2012 and based in Manila Philippines, he is preparing an album with only english songs, for the first time in 15 years singing…