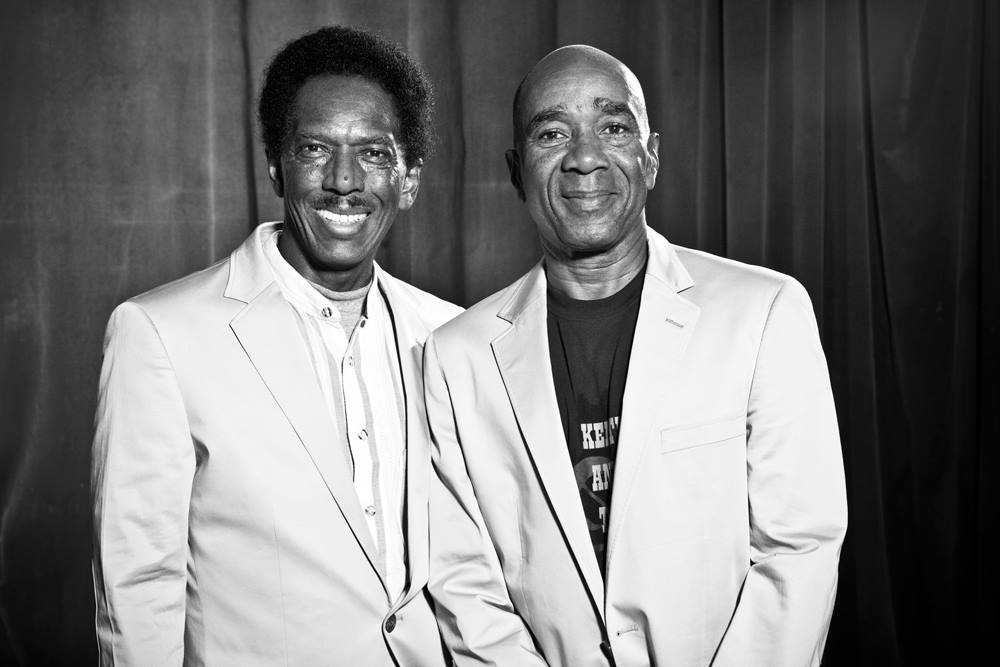 They started out as two kids back in the late sixties. Two kids living in suburban Kingston Jamaica, where good singers were adored and revered and who wanted to make recordings like some of the more popular “Ska” and “Reggae” singers of that era, groups like “The Blues Busters” and “The Clarendonians”.

After many rehearsals and a few auditioning disappointments they were lucky enough to hook up with singer/producer “Derrick Harriott” who was very popular at the time, and who gave them the opportunity to record their first single “Stop That Train” and on the flip side “Leaving on The Train.” This record received substantial local acclaim and “Stop That Train” reached number three on the local Radio Jamaica hit parade. Their next song “Tonight” was also a hit. Stop That Train and Tonight have been two of reggae’s most enduring and versioned staples of Jamaican music. A few other songs that achieved varying degrees of popularity followed these.

In 1970 Keith’s family migrated to the United States of America where he would subsequently serve in the US Army and Tex’s family migrated to Canada where he would work in the Civil Service for many years. Keith, over the years has had a few collaborations, and one in particular with Lee “Scratch” Perry yielded two classics “Groovy Situation” and “Living My Life” he’s also had several recordings with the late Glen Adams.

Keith & Tex’s live performances are punctuated with stories about their early musical impressions and experiences and the impact it has had on their lives. They are continuing their journey of love and respect for the music, performing, recording and enjoying their special “Rocksteady” vibes now, more than ever.