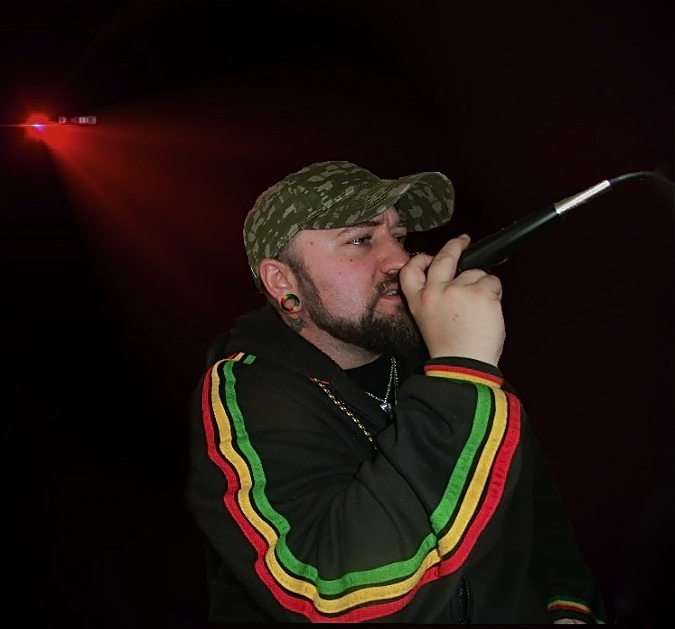 I was born and raised in Salzburg city (austria)…and every breath was made for music!

So the time had come to do my own project inna the wonderful reggae scene.

There were also my first recordings at home and the first combinations with NATTY WARRIOR (CH), JONNY M. (GER) and RICHIEMAN (AUT).

I worked hard on my own music and learned a lot in this time.

So it was a big wish to release my first free download album.

And so it came!

YOU CAN GET MY FIRST FREE DOWNLOAD ALBUM called “DI MISSION”…

CHECK THE LINK BELOW:

But this was not the end,this was just the beginning!!

I learned more and more and created my own style and sound.

In the end of 2010 I met selecta loorius from france and a nice connection was born.
I did some dubplates for the HOLDTIGHT SHAOLIN SOUND and we decided to make a new album together.
Voicings by me, Ras Malu a.k.a. EL BASTARD’O at this time…riddims by LOORIUS!Artwork by R-IK DESIGN from french Guyana!!

This new album was called “SHINE JAH LIGHT” and it was made in 2011.

You can hear some tunes on reverbnation right now!!!

I did a very nice collaboration in 2011 as well…longside my bredda from jamaica, di one and only RAS MANASSEH!!

Our tune is called “Mankind Unite” and you can hear it on youtube,seen!!

A big collaboration with EZEKIAH ROSE (JAM) and HOUSE OF RIDDIM (AUT) was also made in 2011.

You can download our tune “MR MONEY” on amazon right now!!!Check it out!!!

After a nice year with alot of impressions in winter 2013 a brandnew free download album was born!! There are 13 tunes on it. Some in english and, that’s new, some in austrian dialect, because this is the way the most high wants Ras Malu to spread Jah vibe…title of the album is “LuxKultur”!!