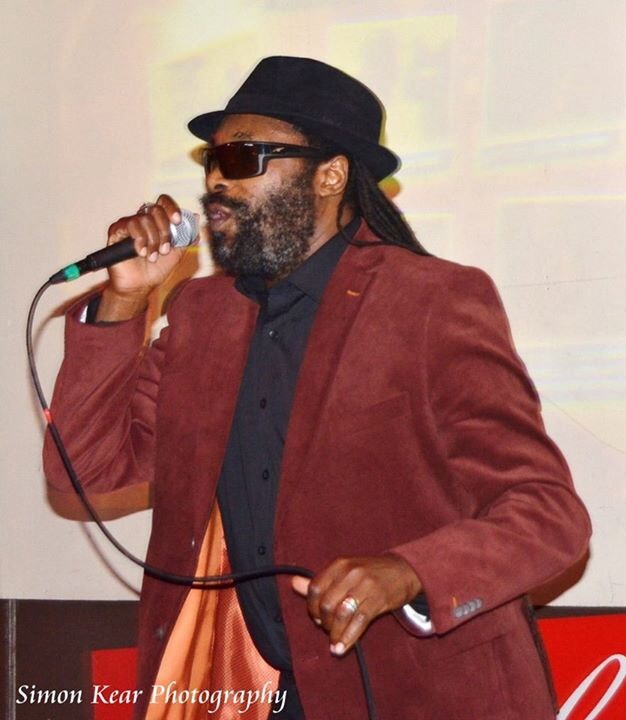 Buckey Ranks hails from the parish of Portland, Jamaica where he was influenced by the sound systems as a youth. As soon as he was able, he moved to Kingston where he became immersed in the sound system and dancehall scene.

Buckey became an accomplished singjay who performed in his early career with respected Jamaican sounds such as Mango, Small Axe, Killowatt and Youthman Promotions. Later his charismatic talent led to a collaboration with Denzil Williams, a UK producer and owner of the sound system Exodus. This collaboration led to tours in the UK, Europe, Canada and the USA. During this period Buckey was onstage with artistes such as Buju Banton, Capleton and Sanchez.

It was on one of these tours in England that Buckey was offered one of his first acting roles in “We The Raggamuffin, playing the leading role alongside Mickey General. The film won two awards, including Best Short Movie. This led to stage roles in several productions in London.

As owner of One Ranks Production under Tender Touch Records, Buckey has produced 7 albums: “Let It Grow”, “Buckey Ranks and Friends”, " The Journey", “Sound Boy Killing Machine”, “Luciano and Veterans In Action” “My Life – Bunny Lie Lie”, " Nothing But The Truth" and the much requested follow up " Sound Boy Killing Machine chapter 2". He has also produced artistes such as Luciano, Mikey General, The Congos, The Jays, Prince Allah, Admiral Tibet, Ranking Trevor, King Everall, Bunny Lie Lie, Lone Ranger, Ernest Wilson and many more.

Buckey is in great demand for appearances and production in the UK. Last year he took part in the UKs famous One Love Festival and this year he has been part of the Jimmy Riley Contradiction Tour alongside Jimmy Riley and Owen Gray.
On return to Jamaica Buckey is completing 2 albums that he has been working on for a few years.