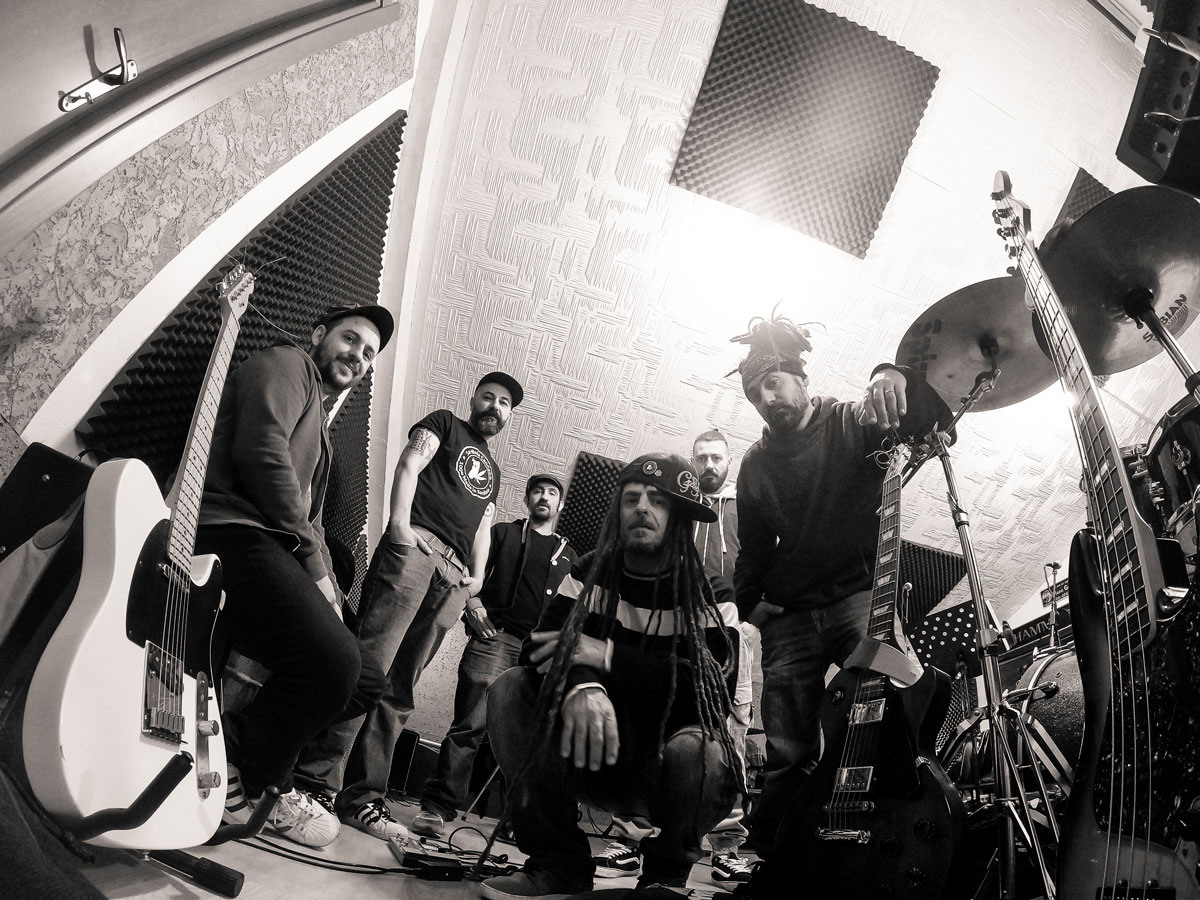 Formed in Sardinia in 2004, Train To Roots is now one of the most
famous bands on the Italian reggae scene and has captivated
audiences at hundreds of concerts all across Europe. While constantly
pushing ahead and delivering explosive live shows, they have
maintained an unusual mix of styles and languages on all of their
discography, incorporating everything from the nuances of Jamaican
music and black music with engaging and funny lyrics in Italian,
Sardinian and English.

The band began their journey with their debut album of the same name
Train To Roots (2005). This was by followed Terra e Acqua (2008)
featuring Sargento Garcia and Ranking Joe, which was remixed in 2009
with two bonus tracks, including a collaboration with Errol Bellot.
Subsequently releasing Breathin’ Faya (2011) and Growing (INRI, 2014),
which marked a turning point for the band, ushering in a new approach
to work and introducing new styles of black music.

In their fifteen year career, Train To Roots have incorporated numerous
contemporary elements into their music and faced various challenges.
Their continuous growth has led them, in 2019, to redirect the train back
to the roots in a broad sense, with a return to roots reggae, sung in
Sardinian and Italian, as you will be able to hear on their next album.