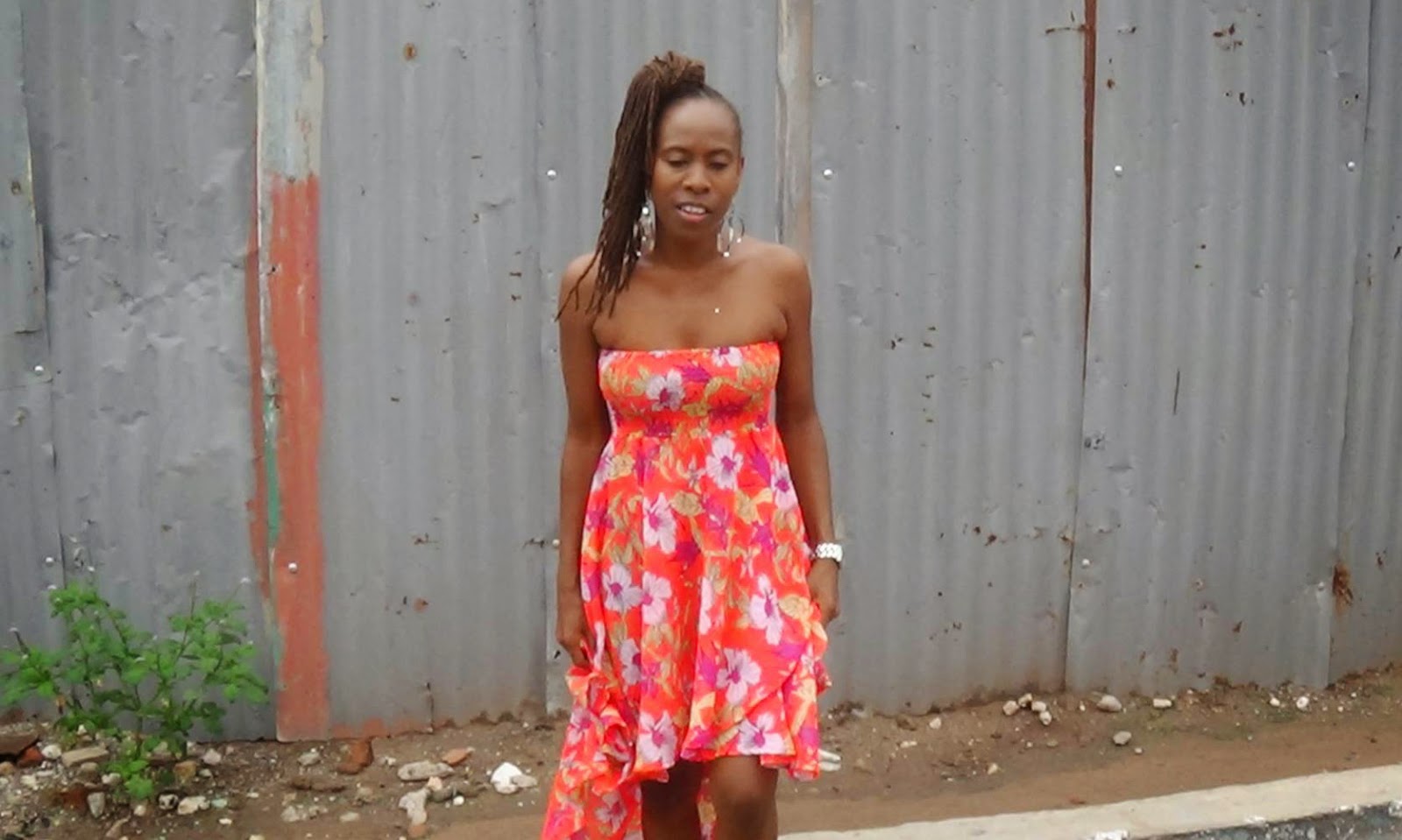 Though the Reggae/Dancehall industry is dominated by men, Karamanti stands as a strong black woman, (in her home town of Kingston, Jamaica) raining showers of conscious lyrics to a generation far from reality.
Karamanti have been creating music since she was eight years old. Falling in love first with rap (or hip-hop), then embracing Dancehall and now passionate about Reggae. Although she has been making music for most of her life, she only began to pursue it as a career in 2011. This commitment came through encouragement from others who heard her music and convinced her to take the necessary steps to ensure that others hear it as well.

Though she is regarded as a reality artist, Karamanti has no problems stepping outside her box from time to time and engaging listeners in what she refers to as pure entertaining rhetoric. This is what she did on her single “don’t it” which was produced by Red Boom from Hard at Work Music, a Jamaica based record label. The track exposed her to a different audience who overwhelmingly insisted on a video, which was produced and released to TV in May 2012. Karamanti spent the month of July/2012 engaged in a nationwide media tour which had her performing and/or being interviewed on all the major entertainment radio and TV programs in Jamaica. That media tour was followed up with a Canadian tour which saw her hitting the stage on major events such as the Montreal Reggae Festival and the Toronto Rasta Festival.

After returning to Jamaica, Karamanti learnt that another single she had recorded for Food Palace Music (owned by Pharfar in Denmark) months earlier, was now released and had gained traction. The song, which is called “read”, began to get heavy radio rotation and had even entered a few charts. One of which was the Top Ten Conscious Chart which airs on Jamaica’s Roots FM. “Read” was the number one song for the week of November 2nd2012 beating out songs from now popular artist, Chronixx. The track also captured the attention of one of the biggest promoters in Sweden who eventually booked Karamanti for her first European tour which occurred from April to June 2013. Karamanti had shows in Gothenburg, Stockholm, Aarhus and Copenhagen. Prior to leaving Jamaica, Karamanti worked ceaselessly on her first studio album which was digitally released on April 25th, 2013.The album is called Dancehall Retaliates and it addresses some of the negative stereotypes about Dancehall music, culture and lifestyle. The project features production from two of Jamaica’s most sought after young producers; Ricardo “Red Boom” Reid and Shamarie “Digital Sham” Bogle. Dancehall Retaliates is available on all major online music stores and has been getting good reviews from both the public and the media.

At the beginning of 2014 Karamanti found out that she was nominated as best female solo artist for 2013 by the Dancehall Industry Awards (UK). Additionally, one of her videos for the song “rise” (which is on the album Dancehall Retaliates) was nominated as best dancehall video for 2013. In addition to that, Reggae France included Karamanti’s album Dancehall Retaliates in the WINS REGGAE (formerly WEB REGGAE AWARDS) in the category for Dancehall Album of the year for 2013. In this category, Karamanti went up against two Jamaican heavy weights, Vybz Kartel and Mr. Vegas. Even though she did not win an award, Karamanti was determined not to slow down as she began to collaborate with a lot of local and international artists and producers on various projects. She connected with Ghanaian producer Infectious (aka Riddim Boss), and did a song entitled “Letter 2 Ghana” which immediately created a buzz in that country. The success of “Letter 2 Ghana” attracted quite a few emerging and established African artists and producers to Karamanti, as a result she has collaborated with Iwan, Sonniballi, Blasto and several other African acts. From Jamaica Karamanti has collaborated with 3 Starr (from Mavado’s Gully Squad), veteran Mikey General, Asante Amen and many others. The artist closed off 2014 with yet another European tour. This tour had her performing in Prague City and Aalborg and again in Aarhus and Copenhagen.

Karamanti is currently working on an EP with Kenyan Reggae artist Mwakenya. The two met while Karamanti was on tour in Europe and based on their mutual love for everything Africa, they agreed to collaborate on a project that would give something back to the continent in a major way. She is also doing tracks with Danish Reggae singer, Lise Ranks who opened for her in Aalborg and expressed an interest in working with her.