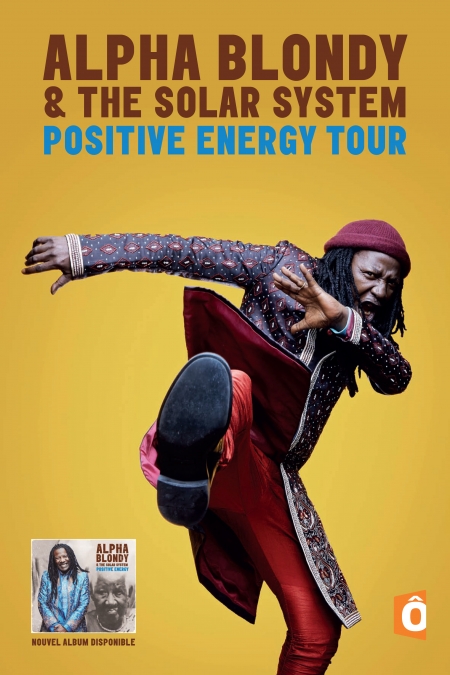 Alpha Blondy is among the world’s most popular reggae artists. With his 12-piece band “Solar System”, Blondy offers a reggae beat with a distinctive African cast. Some of his best known songs include Cocody Rock, Jerusalem and Apartheid Is Nazism. Over the years, the man who put Ivory Coast on the reggae map by proving the genre was not exclusive to Jamaica, have remained close to his mission to dispense a message of peace and reconciliation (he has been nominated Ambassador for the peace in Ivory Cost by the United Nation).

Vision was released in April 2011 and it is pure, vintage Blondy – politically conscious and lovingly fine-tuned. As usual Alpha produced, wrote and sang the whole of this visionary album, with the help of The Solar System, his faithful gang of musicians from Barbados, France, Ivory Coast and Jamaica, shining through the glimmering brass parts, brazen rhythms, hypnotic basslines.

His last album Mystic Power was released in February 2013 and also features the virtuosity of sound experts as Dennis Bowell and prestigious guests as Beenie Man. It is still Roots, Rock, Reggae tinged with African and Jamaican flavor !! The Mystic Power tour was a huge success with sold out club gigs at Spring 2013, and prestigious festivals at Spring & Summer !

To complete this very active year, Alpha was released a Best Of album in December 2013 (Wagram). Meet Alpha on the road again in 2014, as powerful as usual !