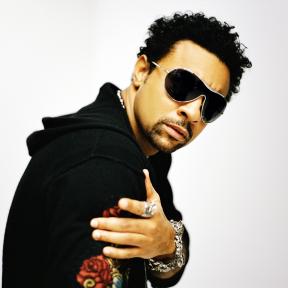 Orville Richard Burrell, 22 October 1968, Kingston, Jamaica, West Indies. Shaggy is, effectively, the man who put New York reggae on the map, thanks to his worldwide hit, ‘Oh Carolina’. The same record helped to start the ragga boom of 1993, an explosion that also carried artists such as Shabba Ranks, Chaka Demus And Pliers and Snow into the international pop charts.

An amusing vocal stylist who can be rude without ever descending into a leer, Shaggy learned his trade on Brooklyn’s Gibraltar Musik sound system. He had moved to America with his parents at the age of 18, and at 19 joined the Marines, based at Lejeune, North Carolina. Following active service in the Gulf War, Shaggy began to record singles for a variety of labels, among them ‘Man A Me Yard’/‘Bullet Proof Baddie’ for Don One, and ‘Big Hood’/‘Duppy Or Uglyman’ for Spiderman. A chance meeting with Sting, a radio DJ at KISS-FM/WNNK, led to Shaggy’s first New York reggae chart number 1, ‘Mampie’, a version of the ‘Drum Song’ rhythm, produced by Sting for New York reggae ruler Phillip Smart’s Tan-Yah label. His next single, ‘Big Up’, released on Sting International and recorded in tandem with singer Rayvon, also hit number 1, as did ‘Oh Carolina’. A mighty cover version of the Folkes Brothers classic, replete with samples of the original, the record became a huge hit on import charts wherever reggae was sold. At the time, Shaggy was still in the Marines, and was forced to make an 18-hour round trip to Brooklyn for dates and studio sessions. At the end of 1992, Greensleeves Records picked up ‘Oh Carolina’ for UK release, and by spring 1993 Shaggy had achieved a pop chart hit all over Europe, with the song reaching number 1 in the UK and several other countries. His next single, the slow, raucous ‘Soon Be Done’ failed, however, to capitalize on his success. Apparently unruffled by this, a liaison with Maxi Priest for ‘One More Chance’ led to a Virgin Records recording contract, and the Pure Pleasure album. A third single from the LP, ‘Nice And Lovely’, again failed to repeat the sales of ‘Oh Carolina’ (which, by that time, had made it onto the soundtrack of the Sharon Stone movie, Sliver), but it was a fine, light-hearted record in its own right. The album also contained a version of his earlier ‘Duppy Or Uglyman’ cut, restyled as ‘Fraid To Ask’.

Shaggy returned to the pop charts in 1995 with the UK number 5 single ‘In The Summertime’ (featuring Rayvon) and ‘Boombastic’, which topped the UK and US singles charts following frequent exposure (in England) as the soundtrack to an animated television advertisement for Levi’s jeans. An album followed, produced by the New York team of Robert Livingstone and Shaun ‘Sting’ Pizzonia for Big Yard Productions, along with Jamaican Tony Kelly as guest producer on two tracks, ‘Something Different’ and ‘How Much More’. Another song, ‘Why You Treat Me So Bad’ (UK number 11), was conducted in alliance with rapper Grand Puba. Boombastic quickly went gold in America where Shaggy launched an extensive tour. He won a Grammy in February 1996 for Best Reggae Album (Boombastic). 1997’s Midnite Lover was a lesser album, although the featured duet with Marsha, ‘Piece Of My Heart’, became another crossover hit.

Production duo Jimmy Jam And Terry Lewis helped out on 2000’s Hot Shot, the singer’s debut for MCA Records. This quality collection of smooth pop-orientated dancehall music featured two huge transatlantic hits, ‘It Wasn’t Me’ (featuring Rik Rok) and ‘Angel’ (a rewrite of the country single ‘Angel Of The Morning’ featuring Rayvon). The album generated huge sales figures in the US, topping the charts for over five weeks and selling over six million copies. The strong worldwide sales of the album helped make it one of the most successful reggae releases of all-time. The follow-up Lucky Day was not able to repeat the success of its predecessor, although by normal standards it generated respectable sales. Shaggy relocated to the Geffen Records label for 2005’s Clothes Drop.