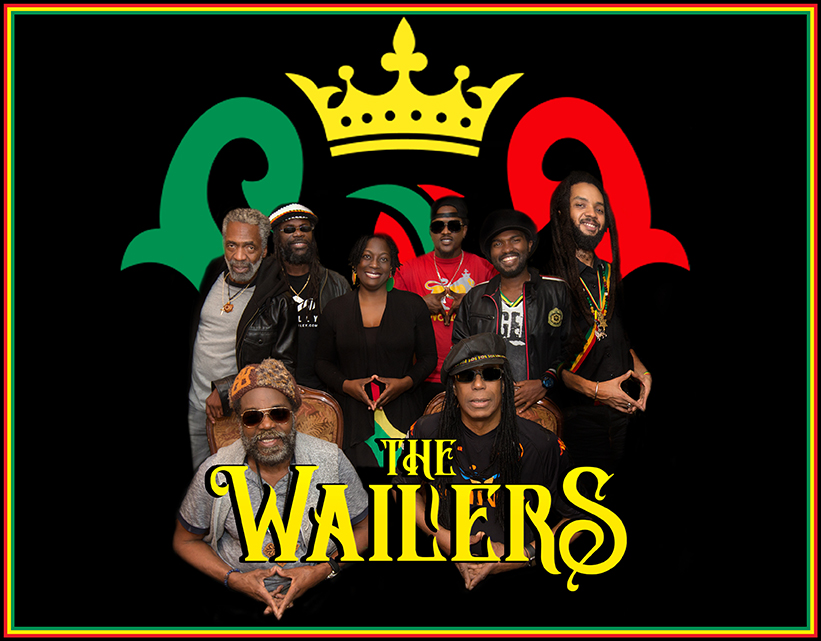 NEW LINE-UP WITH FAMED BASSIST AND FOUNDER ASTON “FAMILYMAN” BARRETT & ORIGINAL WAILERS’ BAND MEMBERS
Following the news of the rescheduled UK tour dates, The Wailers will return to the UK in March 2017 with a headline tour and a new legendary line-up. Steered by founder Aston “Familyman” Barret, and joined in solidarity with original Wailers’ guitarists Junior Marvin and Donald Kinsey, and renowned organist/pianist Earl “Wya” Lindo, The Wailers will perform across some of the UK’s major cites.
Carrying its revolutonary sound and message to loyal fans around the world, the UK tour will see The Wailers play the iconic Legend album live on stage in its entrety, including their greatest hits ‘Three Litle Birds,’ ‘I Shot The Sherif,’ ‘Jammin’ and many more.
This Wailers band promises to deliver music and talent perfected over numerous decades. Old-school members welcome the new-generaton talent of drummer Aston Barret Jr., Fams’ mult-talented son and nephew of Wailers co-founder and innovatve drummer Carlton “Carly” Barret. Familyman Barret, heralded as a musical genius, was named one of the most infuental bass players of all tmes, and received the 2012 Lifetme Achievement Award from Bass Player magazine.
Since 1974, Bob Marley & The Wailers have recorded, toured, and performed before millions of fans in multple countries. They have claim to more than 250 million Bob Marley & The Wailers recordings sold since the early 70s, including 1977’s Exodus, declared Best Album of the Century in 1999 by Time Magazine. The BBC named “One Love” Song of the Millennium that same year. The New York Times named Bob Marley the most signifcant musician of the century, and Rolling Stone magazine name Bob Marley & The Wailers Band of the Year in 1976. All of these accolades were made possible with The Wailers band creaton of and partcipaton in tmeless, distnctve music, intricate arrangements, and lyrics that touched fans everywhere.
Inspired to reunite, The Wailers are moving forward with their vision of quality producton, songwritng, and message of peace, unity, and one love. This legendary band is coming together now to perform on stage, making this a slice of musical history you must not miss.