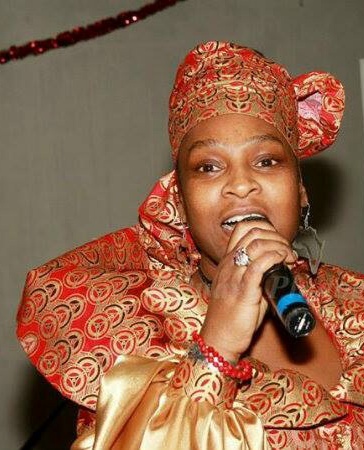 Aretha Marie-Jah is a Roots and Culture artist with a difference. Her jazzy voice and her melodies often reminds people of such greats as Sarah Vaughan, Billie Holiday, Nina Simone, Jill Scott or Ericka Badu. Voicing mainly on reggae, dancehall and steppers music makes it all almost unique. Her timbre is recognizable amongst many and her very first release “I Love The Blessings” has become a classic example of that (first released on a limited 10" vinyl-records press for Cousin’s label on the 23rd July 2007, it went on to be featured on the popular Cousins’s compilation: Roots People Music Vol.4 thereafter) and is also hailed as one of the roots and cullture anthems. Her song “Real Deal” released on Entebbe Sounds compilation ‘A Rootical Showcase Part 1’ is also one of the tracks testifying of her unmistakable voice.

Aretha Marie-Jah is one of the most versatile female artist in the business, offering powerful lyrics touching on serious issues and delivering uplifting messages such as “Greatest Love” (to be released on her own label) and “Chemical Warfare” on Signature Music Records, where Aretha takes jazz to dancehall. Aretha delivers her unique melodies on what she calls GOOD MUSIC.

Aretha Marie-Jah started recording her debut album `Greatest Love’ in London at Mafia and Fluxy’s studio where she composed the hit track “Freedom Fighter” before traveling to Jamaica to voice it at APS studio Kingston and then complete her works on the island. At Bobby Digital’s studio in Kingston Aretha recorded the album title track “Greatest Love” which with other such tracks as “They Can’t Stop Me” or “Hero” make of this album a melting pot for reggae with all the enchanting sounds and mixtures of Dance Hall, Steppers, One Drop and Rare Melodies. Truly her voice make it all a one of a kind and one can’t help but be wooed by the sound of this creation mastered at the legendary Tuff Gong Studio, Kingston Jamaica.

Aretha Marie-Jah had the honor of working with Obeah (Gregory Isaacs keyboard player) on the track “Bio-Rhythm” and she has also voiced and worked with Lutan Fyah, Jah Tunder, King David, Angie Angel, Mikey Melody and many more Artist. On her journeys to Jamaica she was overwhelmed by the many positive feedback from some of the popular producers and artists out there. Amongst her many encounters she met Capleton who endorsed her music and gave her the opportunity to do a video shoot at David House.
Aretha Marie-Jah also features on the popular Montserratian artist General Skee’s album ‘’Beatiful World’’ with a track entitled ‘’Picture’’.
Look out for this Goddess of Good Music and Maat.
You can contact Aretha Marie-Jah at afiwidis@msn.com or +44(0)7708019905.