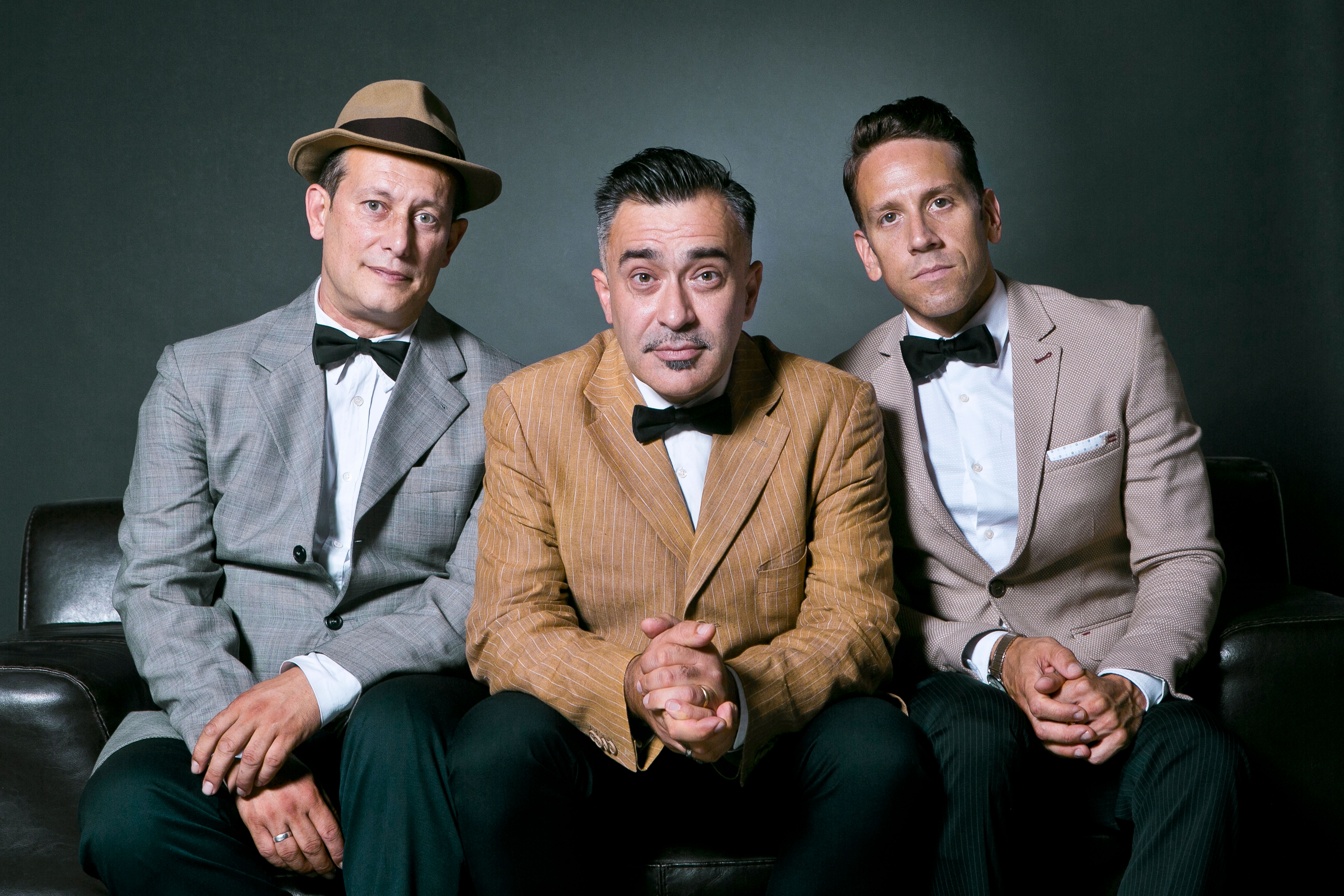 The Uppertones is a powerful trio of trombone, vocals, piano, & drums dedicated to the sound of the 50’s in Jamaica, the Jamaican R’n’B, Jamaican boogie, calypso, & mento. The kick start to homegrown Jamaican music in the 50s came from American rock’n’roll and R’n’B. At that time it was the birth of Ska, which originated rocksteady, reggae etc. This trio aims to please crowds with a stompin’ swing style mixed with the Jamaican edge and style.
Mr.T-Bone is a well known singer, composer, and trombone player in the international ska scene who has released 8 solo albums in the last 12 years and has toured Europe, USA, Canada, Indonesia, Brazil and Mexico. He has been a major contributor to the Italian ska & reggae scene for over a decade now.
Peter Truffa a is a fabulous piano player & singer from New York. With his blues, jazz, and ska roots, he toured for years with The New York Ska-Jazz Ensemble and with Giuliano Palma and the Bluebeaters.
Ferdinando “Count Ferdi” Masi is the best drummer you can have for this kind of music, he’s an Italian ska and rocksteady pioneer founder of The Casino Royale the first italian ska band and The Bluebeaters. He plays with Mr.T-Bone since 1992 in many different projects.
Their first album “Closer To The Bone” was released in 2015. This album was a selection of 12 tunes from the marvelous sound of the 50’s. After releasing it they immediately toured Europe for two years no stop playing 200 shows in twelve European countries.
While touring consistently the band members found the time to compose many original tunes and when they arrived in the recording studio they had more than twenty-five new original songs. Same sound, same musicians, same studio but this time they are telling their own stories in the second album “Up up up!”.