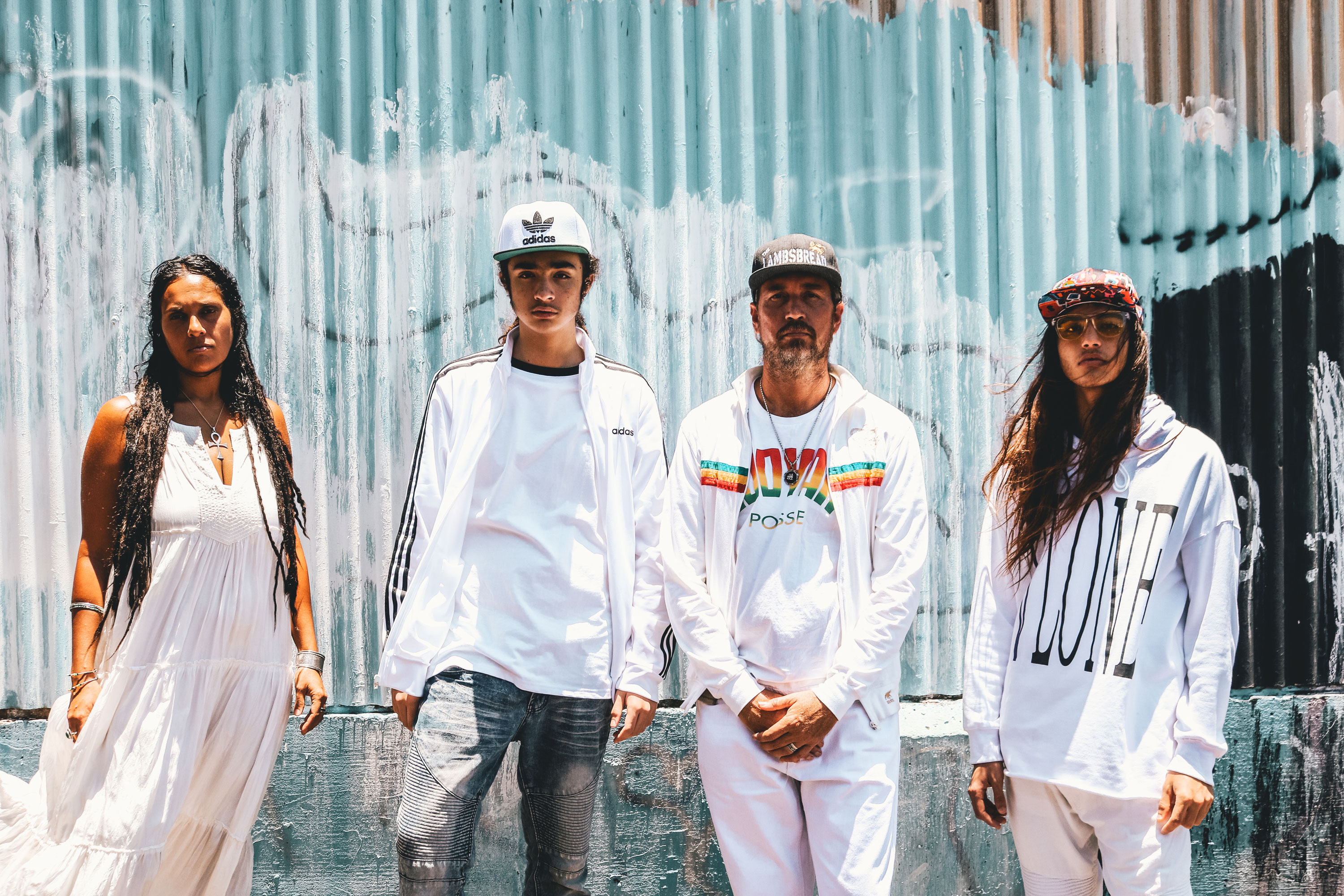 Formed on the mystical island of Kauai, and currently based on Maui, The Lambsbread is one of the foundational roots reggae artists’ of Hawaii. Delivering a positive message of love & unity, the band is known around the world for their conscious message and hard roots riddims.

The foundation was set by vocalists Kaya and Nadia in 2003, coming together to create a life and legacy of music. Their first single Love in the House (Liberation Riddim, Zion High Productions) was released on 45 in Jamaica alongside tunes from Capleton, Yami Bolo, Turbulence, & Lutan Fyah. This was the first time an artist from Hawaii was ever released on Jamaican vinyl. The tune was a hit and ended up on radio shows, mixtapes, and sound systems around the world giving The Lambsbread their first international exposure. Since that time they have released 5 full length albums and several singles.

Over the years they have worked with some of the best reggae musicians in the business, in the studio and on stage, but recently two of Kaya and Nadia’s children have stepped up to the musical works making The Lambsbread a family musical group. Holding down the drums, writing, mixing and producing is 19yr old Samuel Levi, with his brother of 15 years old Jacob Selassie playing keyboards and also specializing in video production. Even at their young age, Samuel and Jacob have already recorded and toured with veteran reggae musicians like Christopher Meredith (Bass Player for Stephen & Ziggy Marley) & Ras Bonitto (Guitarist for Bunny Wailer).

The Lambsbread has performed with reggae greats and the latest generation of artists, always delivering a high-grade stage show that keeps the audience captivated with their strong stage presence and positive message. 2018 & 2019 saw The Lambsbread embarking on two US tours doing 40+ shows.

Now at home in Hawaii and back in the studio, The Lambsbread has released Pass me the Fire, the first single from their upcoming 2020 album.
A royal family of reggae, bringing forth the vibration of love & unity through their sound, The Lambsbread is a powerful voice in reggae music steadily on the rise.