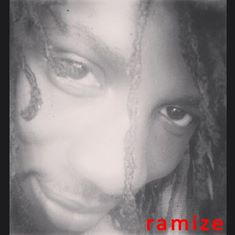 Along with his roots in Jamaica’s native music; reggae, Ramize has also cultivated a deep love for the sound of America’s own R&B and Classic Souls music which also significantly contributed to the evolution of the various Jamaican music forms namely Ska, Rock Steady and Reggae. In his younger years, Ramize would spend hours listening to a these different genres of music which he described as ‘being close to his heart’. As fate would have it, in later years, these very sounds would go on to positively influence his own musical style and direction.

By fusing Reggae, R&B and Classic Soul, Ramize has developed a niche for himself called “Yard Soul”: Soul from Yard (his home, Island Jamaica). Ramize describes Yard soul as his way of expressing his love for music with his own personal signature, while reminiscing about a time when love and love making in music was an artistic expression practiced by the masses.

“Yard Soul” also blossoms from his own ongoing love affair with music as a spiritual force that resonates deep within his soul and which he feels has the ability to move people and change their lives. Taking his cue from artistes, such as the late great Michael Jackson, Whitney Houston , al green,and reggae greats Bob Marley ,Dennis Brown, Peter Tosh etc. Ramize has spent years honing his craft as a vocalist, consistently striving towards perfection. Hoping that one day he will go on to make his mark and be part of the long list of musicians that have gone on to make both their country and the world proud.
he is always seeking to enhance is capacity for growth and development in perfecting his craft as a singer-songwriter, composer and ultimately a performer”now currently working on some singles with various producers Ramize has his eyes set on transforming himself into a household name that persons will remember for a long time. he is currently not sign to any one and is seek to find a team of positive people to work with to get his music on a wider scale. ramize is currently working on new single to make waves in the international market