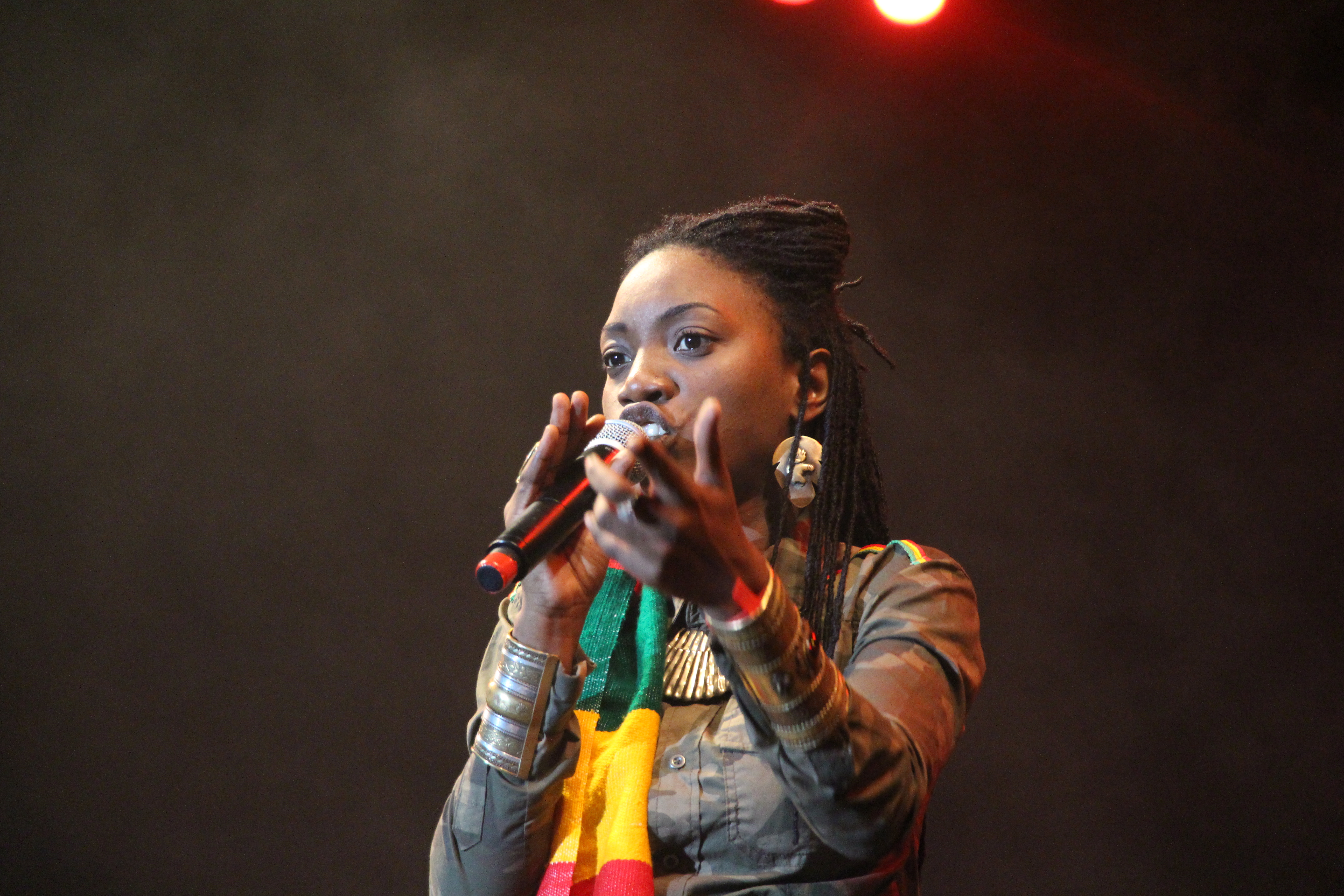 “OH LALALA-THE WEED THING” is Hempress Sativa’s call to decriminalize marijuana, a social issue that deeply touches her heart and consciousness.
Her moral fiber is strongly influenced and deeply rooted in the Rastafarian livity, with marijuana as an important part of the social fabric of Hempress Sativa’s culture.
The incarceration of people worldwide has inspired Hempress Saliva’s mission to educate people about the healthy uses of marijuana. With music as her platform to deliver a global message, “The Weed Thing” was recorded.
Kerida Johnson known as Hempress Sativa was born to Rastafarian parents Doris-Ray Johnson and legendary Jamaican Selector/Musician Albert ‘Ilawi Malawi’ Johnson of the Jah Love Sound System. It was her exposure to music at home that sharpened her skills and has manifested today in her expressive writing and delivery.
Hempress Sativa commands the attention and respect of her audience based on her fiery performances, with an uncanny ability to keep all listening as they absorb her every word, every rhyme.

Hempress Sativa, who has been performing since the age of 13, with lyrics spiritedly influenced by her Rastafarian culture, as conveyed in her song “Judgement” in which she begins by chanting “No More Illusion, Rastafari is real …. Her music although generally rooted in traditional reggae rhythms, also at times, crosses genres and may reflect traces of Rhythm and Blues, African and even Hip-Hop influences as evident in the Anthem “Jah Have Mi Back”. Singles such as “Get High” and “Children of the Emperor” have been creating a buzz both locally and internationally, exemplifying her musical agility as a melodic singer and a lyrically skilled Chantress. Hempress Sativa lists her musical favourites as Sade, Sister Carol and Ijahman Levi, to name a few.
Dubbed “Hempress Sativa: Your Highness”, she intends on premiering her album to be titled “UnconqueRebel Lioness” which is slated for the first quarter of 2014. With the success of her single and video for “Ooh La La- The Weed Thing” she is in high gears as preparation is being made to kick off her West Coast tour in March 2014. An artiste to definitely watch, after electrifying performances at Rebel Salute 2013, Reggae Sumfest 2013, Bob Marley Week celebrations 2013 at Emancipation Park, The Independence Day Street Dance 2013, Wickie Wackie Live, Rebel Salute 2014 and Live From Kingston. She is currently shifting in to high gear to begin her promotional tour.

Listen out for her latest single “Kushite Love” produced by UTH Music JA- Video to be completed soon. Hempress Sativa is an extraordinary young talent, propelling Jamaican music into the future while strongly remaining rooted in a traditional foundation that makes her music timeless.