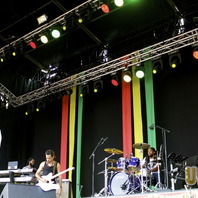 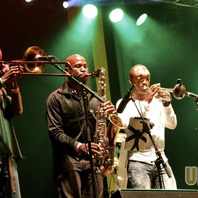 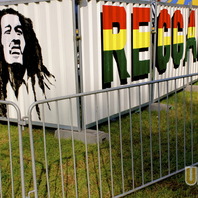 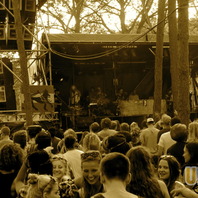 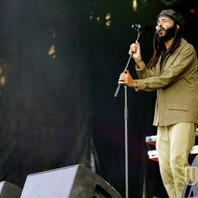 Have you ever visited Belgium? For a Reggae-Festival? If you answer both two questions negative it´s time to get out your calender and mark next years 31.7 - 01.08 red, gold and green for the next edition of a Festival called Reggae-Geel.

Located in the upper north part of the region Flanders since 36 years Belgium´s biggest reggae festival takes place for two days. Whether you take the train or go by car to the venue, one will meet a proper organized logistic with police escorted shuttle buses1 combined with a uncomplicated check in and security checks to keep the time in the queue as short as possible. As simple as this the whole festival continued in that manner, which was also reflected by good vibes of the guests.

But how can a reggae loving soul get unsatisfied with a program like that – five different stages playing all facets of jah-music. From the Skaville and The Yard stage, to the 18” Corner with heavy dub music and from the Bounce Dancehall to the Main Stage big names appear on stage just as local Sound Systems and uprising artists. In this way the festivals opening act on the Main Stage “Panache Culture” was followed by “Dre Island & Jah Kingdom Band” to warm up a growing crowd for “Chronixx & The Zinc Fence Redemption”. Featuring an half hour break in between the audience saluted the official king of the dancehall “Beenie Man”, who played a strong and fast show presenting new riddims as well as his classics “Who am I” and “King of the Dancehall”. A performance that could only be round down by another bigman in reggae music – “Bunny Wailer”. Appearing in a white suite highlighted with a red, gold and green scarf his well assorted show was transporting the right vibes to release the massive for this night from the mainstage. Of course the party was not done yet for the first day as the Bounce Dancehall continued until 3 o´clock with “Massive B”, while “Chris Peckings” followed “Festus Coxsone” on the 18” Corner stage to simmer down.

Early enough on the second day, the festival started by 12.30 – having several sounds on the venue like “Crucial Alphonso ft. Lyrical Benjie & Missing Link” at the 18” Corner, the main stage kicked off by 13.00 with “Rapha Pico & Roots Rockers” just as to be followed by “Raging Fyah” and thereafter roots man “Midnite” for easy afternoon vibes. And just as to get in the right dancehall mood, “I-octane & Riddim Band 2000” path the way for “Jesse Royal”. From that point on the festival crowd grew and grew as “Protoje & The Indiggnation” performed, before the living legend U-Roy stepped on stage. A voice one will remember by the first tune, which takes you to the foundation of reggae music. In this way U-Roy paid tributes to the new era of reggae music as he mentioned the artists I-octane and Protoje on stage, who are about to take the music to another level. With an one hour slot right before Sanchez, U-Roy´s passionate show was more than a hidden headlining act in between. But as a matter of course it was also Damian Marley everybody was waiting for. Taking the audience to the top once again his show was definitely a festival highlight.

All in one the Reggae-Geel festival is more than worth a visit. Good vibes on a maximum, absolute affordable prices for the festival itself and on the venue and a relaxed international audience guaranteed. Only the beverages could have been bigger – to save a lot of plastic. Although the Reggae-Geel festival crew cares about the environment and the people, as the festival´s host is a non profit organisation, who are supporting ten local social projects. So do yourself and someone else a favour and catch the next years Reggae-Geel vibe.