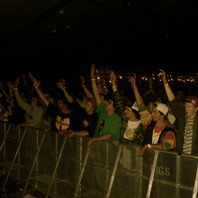 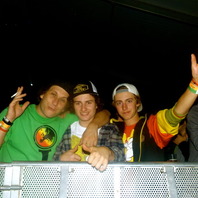 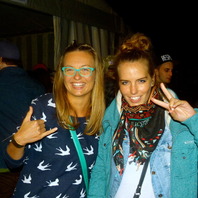 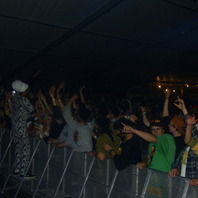 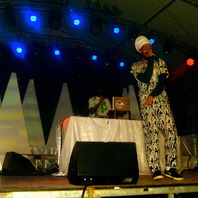 What would be your advices for young musicians to get popular?

Most Important thing to be a successful musician as a young youth would be to really love what you’re doing, so that will allow you to really do your thing good and also improve in it, you know. That’s what it is about, you learn and get better everyday.

Was it your dream to become a musician?

It came to me very natural the music, because I grew up with music, my father also is a musician and to that I just grew up. Listening to instruments and vinyl, I was always interested in music very much. Not only listening to music, but also seeing what it takes, the setup, the instruments, how they make instruments. Everything around music always interested me very much. When I was around 13, 14, I started to write lyrics and just continued that until it became my work.

What/who are your past and current influences and favorites?

My favorite music would be definitely Reggae Music, I grew up with roots music, older artists like Bob Marley, of course, Peter Tosh, Jakob Miller, but then… I grew up in the 80s you know, so of course you got Michael Jackson, Prince… You got so much different music, like rock music all around the world, you can hear that. I think I heard so much different music in life. African music, Fela Kuti, music that I love. That were my influences. Right even now I listen to a lot of different, also pop music, RnB music…

It’s always good to have a big horizon…

Ja man, because music is something unlimited you know.

What means repatriation for you?

Repatriation is the movement, thats called a movement of going back to Africa. But it’s not like, you only say „I’m going back to Africa“, it’s a preparation for going back to Africa with your mind. I think you have to prepare your mind for any kind of movement you wanna do life. Something very important (for repatriation) for a Rasta, like me, that’s what we’re chanting for, that’s a bantuan message, that’s why I always keep going to Africa, I often visit Africa. I often stay there for months (in Gambia), you can maybe learn it, because, if you say that’s your roots, you have to know what’s happening there! I’m always happy to go to Africa. It is not like you see it in the media, you know. Like all the poor and stuff, of course it exists but there’s a lot of other things. There are a lot of nice places in Africa and I enjoy these places.

What was the most memorable moment in your career?

You know, a lot of times you think that life is really short, so you have to live everyday, make it the most memorable day, just doesn’t have to be a special happening, just for having life it should be the best day. I remember a lot of nice things musically, like, of course, the first time I performed in Gambia, it was like 5000 people there when I was holding the microphone. The whole place just got crazy and so crazy that I even saw the securities, they left their work, they just started dancing around and running around and it was just one, one big fire you know!

Is there a special country you wanna play at, where you haven’t been playing at

… you haven’t been to Amsterdam?

I have been, privately, but I have never played a show in Amsterdam, but everywhere else in Europe, so I am really looking forward to play in Amsterdam one day! I would really love to go to Asia one day, really bring Reggae Music in there. China, I know it’s big in Japan, but China would also be great. I would like to visit India too.

What are your hobbies beside music?

It’s making music… Although it’s work, I really love it and it’s nothing I would ever complain about, that’s just what I do… But then, I mean I have friends, sometimes we go out and do stuff like even going to the movies, I really enjoy that. I enjoy listening to other people’s music in my free time, it inspires me.

How was the feeling on the stage here in Kaunertal?

Kaunertal was really special. It was the first time I introduced my new EP „Healing Of The Nation“. Kinda seeing, how is the vibes with the people, a really reggae project, roots music and I see dem people bounce, they rock with it, so I really loved that!

What’s the story behind your name?

Cali P, I got that name long time ago, actually when I was in school. Since I was in school, I enjoyed a lot the cali (laughs). It’s a part of my culture, something I grew up with. And when I was 15, 16, we used to make mixtapes, putting together our favorite songs and then we made a little design for it. And you know, P stands for my real name, Pierre, so it was just Cali P, it was more like not something serious that time, but it just stayed and when I really started to sing I just continued with that.

Do you plan some collaborations for the future?

Ja man! Like in general, like music, the way it’s just unlimited, sometimes you just meet new people and it’s just a new vibe, so I can’t tell you like, this is who I wanna work with. It’s like, special recordings are already made, which aren’t released yet, so that’s the thing. We always, always record, like that’s the everyday thing for me you know, like writing music, recording, sharing vibes with people…

Is there a possibility of a roots reggae revival in the future, what do you think? Is it, I don’t wanna call it dead, but, you know, are the best times of roots reggae over?

You know, me, I am professional since I am 15 right, now i am 29, so it’s 14 years. 14 years that I’m living from reggae music, and I’m not really doing anything other than reggae music, so if I couldn’t live from that, I couldn’t feed my family. I have children, I have responsibilities, so reggae music for me is so present, so working, I don’t feel reggae music is on a low, there’s a lot of people coming everywhere in the world. Reggae music, to me, is one of the most loved music, underground music, at the end of the day, everybody got a reggae CD, or reggae music on them. The thing that is happening, is, that there are a lot of young artists again. Specially even in Jamaica even coming with this old roots vibes, a lot of bredrins and sistrens that really, really love that, because… Music in general, not even reggae but in general, is something, that masses, they always go with a hype, so when something is in, it starts to get bigger, so when reggae music is a little bit in, it’s getting bigger and bigger and all of a sudden everybody starts to listen to reggae music and after that some more Dancehall music and then again reggae music, but that’s no trouble, I mean, gotta make the best possible you know. That’s why I don’t limit myself to reggae music alone, you know, I love reggae music, make reggae music, perform reggae music, I also do dancehall music, hip hop music, rnb music, you know.. just music, that’s cool. Right now, we have this new Ep coming out, healing of the nation and it’s gonna be out on the 7th of november, and it’s on pre sale now on iTunes, and also a lot of different places and you can get a physical copy…

We will link that for sure!

Thank’s a lot for the interview Cali, pleasure to meet you!