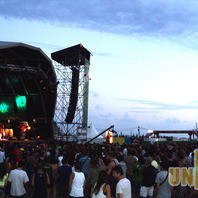 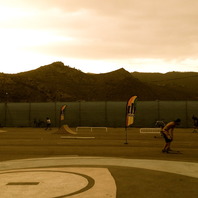 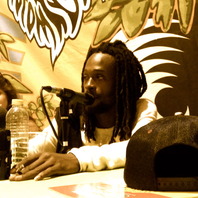 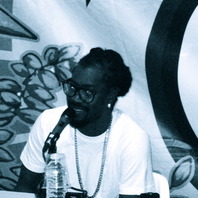 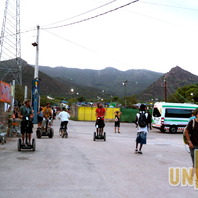 It is a great feeling to arrive at the gates of the festival area and see how people from all over the world gather for one thing: “reggae-music”, thats what its all about! Since the festival moved from Italy to Spain the number of visitors grew about 200.000 people. Only on saturday night there were 120.000 people at the venue this year. 110.000 were watching via live-stream.

No matter if you are a lover of Roots Rock, Dub, Ska or Dancehall you will surely find your favorite place to be. The first Stage next to the entrance was called “Showcase” this year and used to feature the next upcoming Soundsystems and Artists that may make it to the mainstage next year. Such as “Exile Di Brave” and “R.C. aka. Righteous Child” who delivered a great performance here.

Right next to the Showcase there was the “Ska-Club” where big selectors like “Earl Gateshead” rocked the crowd till early in the morning when the people from the “Dancehall” came over to have their last drinks. The Dancehall also had a massive lineup this year and offered a huge span of all kind of Soundsystems and Selectors. So Sounds like “Heavy Hammer-Sound”, “Freddie Krueger” and “Robbo Ranx” used to shell down the place with the newest hits from party-tunes to badness, while “Sr. David Rodigan” presented his untouchable selection of dubplates and old school dancehall.

One of the most impressive and varying sets was delivered by “Dreadsquad” who gathered a huge massive, in fact that he had the bad luck to play at the same time as “Lauryn Hill” performed at the main stage.
Anyway the “Dancehall” was a real hotspot this year and there should be nobody who was missing a single tune.
The “Dub Academy” also was a place of attraction. Even the way they set up the speakers in a circle was a blast! Some of the highlights here were the performances of “Addis Pablo” (son of Augustus Pablo), “The Badalonians” and the “Stand High Patrol”.
The “Roots Yard” was a bit poorly placed so you could hear the sound from every other stage almost as loud as the music that was playing over here, but it was still a nice place to hang out or shake your feet.

There was also a place called “African-Village” where they had drum-sessions and african dance-shows, a “Chill-Out-Area” and many other areas for music, food, and shopping.
A Radio-Tower called “Radio-Rototom” broadcasted a live show every day and many speeches were held at the “Rasta-University".
Those who have had enough energy went to the “Sunbeach” to get their dancing instructions by some professional dancers and dancehall queens, before the festival lineup started.
But it was also a great place to chill out and have some cold beer or a mojito from a beach vendor.
It was located not too far from the festival and moved between two different beaches every two days. There was a bus service which connected those and the festival.

The Camping-Area was a bit like a second small festival. There was music, shops, food even a small circus.#Who lived here was able to take a shower, wash clothes or use the kitchen to cook.
Security and police took special care of this part of the festival as they may expected the most drug trafficking here.
Also at the parking site people were randomly pulled over and searched for illegal substances.
This was a bit suppressing the vibes but not a greater problem.
Once you passed the gate of the festival all sorrows where gone and you just think about your next favorite artist who is going to perform tonight.

The Mainstage was as huge as its lineup, featuring great artists from the “new roots movement” like Chronixx and Jesse Royal veterans like Junior Kelly, Luciano and Anthony B as international superstars like Shaggy and Sean Paul.
With that mass of artists some special performances came up like a medley of the Rootsman-Riddim by Chronixx, Kabaka Pyramid and Jah9 or a duet by Busy Signal and R.C between the shows.
A very special show was delivered by Femi Kuti, a well known musician from Nigeria who played several instruments like a trumpet, a saxophone, a clarinet and an organ beside energetic singing and dancing to the rhythms of afrobeat.
Apart from the show effects and the dancers, the performance of Sean Paul was a bit weak, same as the show Beenie Man delivered.
Lauryn Hill was also not overwhelming after she let the crowd wait for about one hour for her appearance.
Busy Signal instead surprised with a solid set of hit songs performed well professionally.
Shaggy also used to impress.

Old time veterans like Jimmy Cliff, Cornell Campbell, Inner Circle or the Wailing Souls
brought up some real old time vibes and let you become part of some real reggae history.
Droop Lion performed alongside The Gladiators,
Christopher Ellis did an homage to his father Alton Ellis and Addis Pablo played songs of his father Augustus Pablo on the melodica.

After their shows most of the Artists did a press conference where the answered questions about their career, their opinions to several points of life and their future plans.
We were also able to get an exclusive interview with some of them.