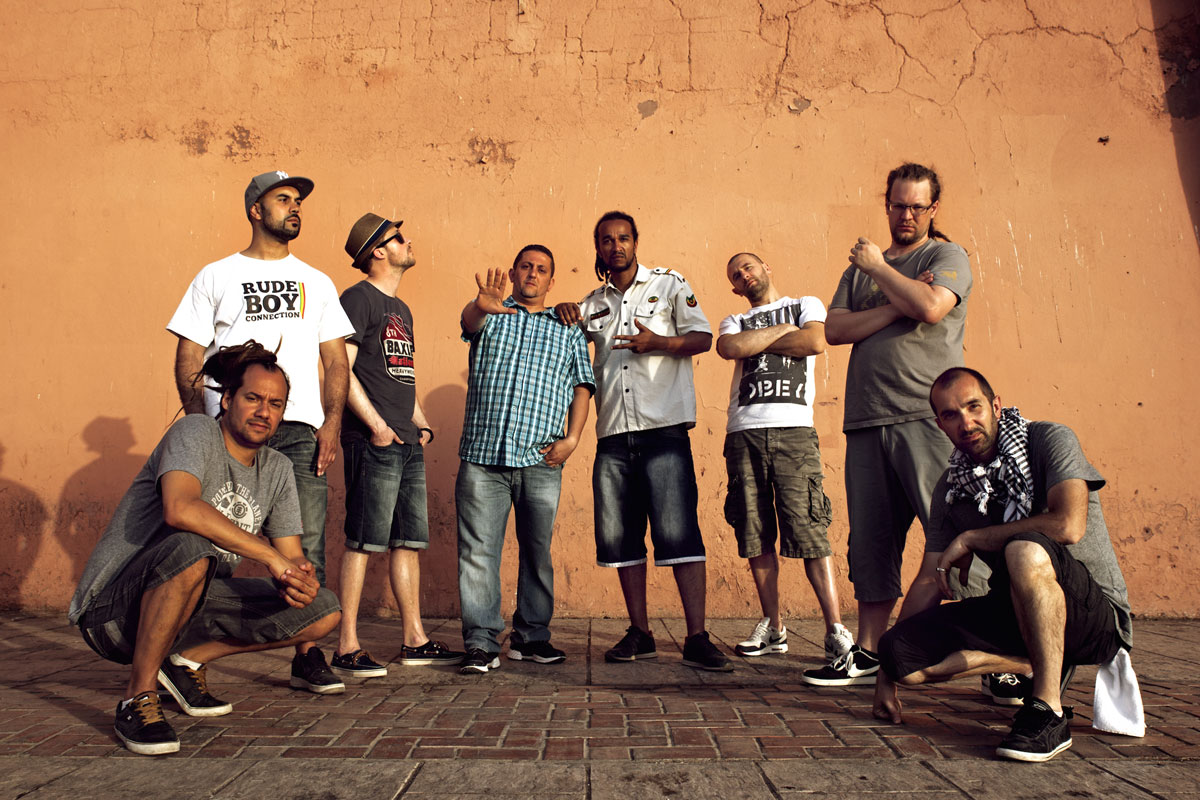 Undoubtedly Dub Inc has become the epitome of the successful European Reggae band; indeed the band’s live performances have allowed them to establish as the spearhead of the French musical scene abroad over the past ten years. By achieving this an unequalled breath of fresh air has swept over it completely.

Inspired by true humane ethics, their unique sense of melody combined with truthful lyrics has exported so well that their music resounded as far as Portugal, Algeria, Senegal, Canada, Columbia or India, as well as in places where they rubbed shoulders with internationally-renowned artists like Tiken Jah Fakoly, David Hinds or Tarrus Riley.

Blending Reggae, Dancehall, Kabyl or World Music, Bouchkour and Komlan’s voices, both different and complementary, embody the band’s true belief in the intermixing of styles and people : whether they write in French, English or Kabyl they convey a universal message with an energy that live music only possesses.