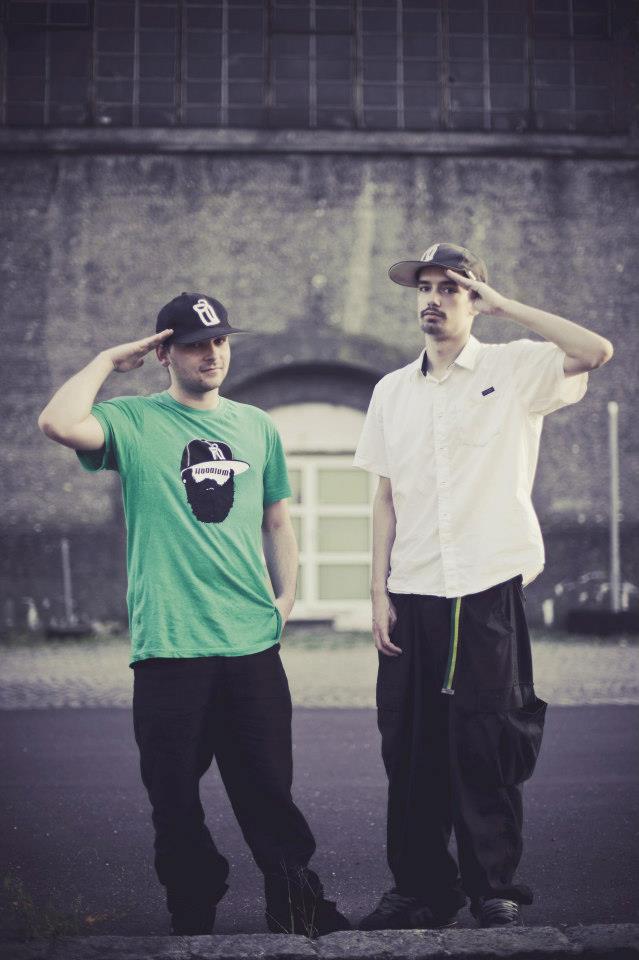 2003 in the beginning of the year, the project was named “FIRECLATH SOUND”,
and the concept became clear.
Fireclath always been a Soundsystem, which is focused on Dancehall, but also open minded to all other musical influences like Hip Hop, Reggae, Oldies, Jungle & everything else that shake a leg.

After Fireclath gained ground in Austria the Formation changed.
Ruffian Rugged (a.k.a. Def Ill a.k.a. Governor General Rugged) & his new Operator Alex Luger started to produce a lot of revolutionary remixes so they brought a new wind to the austrian dancehall-scene.
As “La Oona Montana” & Selecta Ufuk” joined, the Fireclath Sound became one of the most versatile Sounds in Europe.
While La Oona Montana is known for her mad “Female-Selections”, Selecta Ufuk combines every kind of electronic music in a way that is also compatible with Dancehall.
Because of La Oona Montana and Selecta Ufuk who lived in Istanbul the Fireclath Sound got a secondary Residence in there in Istanbul, led by them two,
they played shows all over the world, for example in Belgium, Italy, Germany, Czech Republic, Lebanon, and they also toured nearly all over France!
The Fireclath Sound is also proud to be the first Sound who brought Dancehall & Reggae to the Shout Partys in Beyrut (Lebanon).

In their hometown “Linz”, they also organized a lot of Partys like Forward ever Backyard never or Fireclath Fridays and 100% Fireclath Partys,
with top-class specialguests like G-Mac, Ricky Trooper, Joseph Cotton, King Kong, Sista Brenda, Demolition Man, Lady Chann and many many more.

Widespread, everywhere they play, the mystery “FIRECLATH” spread a incomparable fire to their fans.The passion of the different Selecta´s gets the guests invaded of joy and makes all of them loose control.

The main formation of fireclath sound until today are Luger and Ruffian Rugged (a.k.a. Def Ill)
The Fireclath Sound is known for huge rousing live shows, very creative specials & a “heavy-weight-selection”!
Rufian Rugged(a.k.a. Def Ill) is well known as a MC,DJ & Entertainer, somewhere between stand-up comedy & political contents.
The Duo produced lots of Mix Cd´s like “Forward ever, Backward never”, Fireclath XClusives
or the legendarian “2KCRIME”

In 2012 and 2013 new mixtapes are developed with new artist-features like the latest mixtape which is called Ruffian Roulette which featured musicians like A-Team, Alice Harper, Miss Lead, Dirty Money, Kinetical MC, Remo, T-Ser & Unused Word,
or the Amsterdam Riddim Selection with big stars like Joseph Cotton, King Kong, Jigsy King and many more,
also the symbiosis between Fireclath and Kinetical MC led delicious musical fruits grow, so another new mixtape was born, called Kineticlath.
New Fireclath Releases will be available on http://fireclath.bandcamp.com/