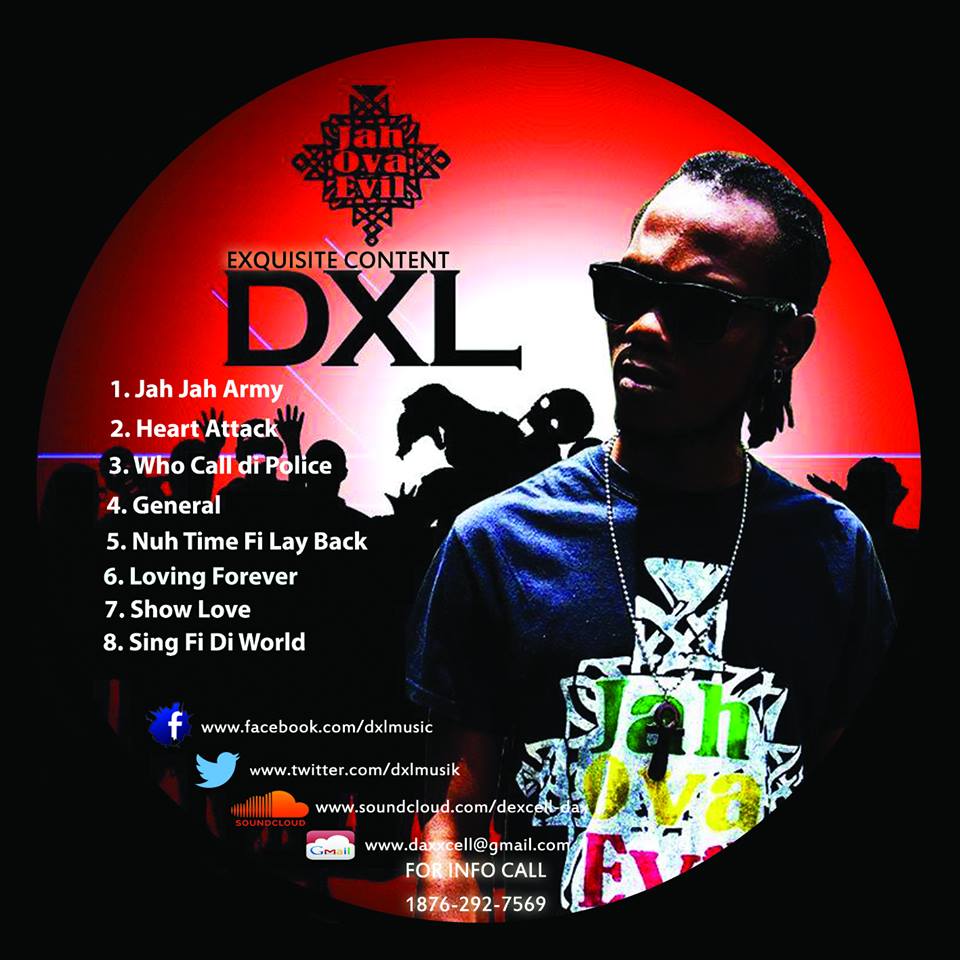 Francini Olando Doyley more popularly known as Dxl born 6/6/1984 in Kingston, Jamaica. Son of Winston Doyley and Veronica James. His mother unfortunately passed away on April 2/ 2009.
Dxl as a visually artistic youngster was more in to drawing and sketches up to the age of 13,
where he developed a passion for putting together witty and effective lyrics. A former student of Clan Clarthy High School at the time he would sing for his friends which were always well received. It was then he realized that he could use his talent to entertain people.
At the age of 18 he decided to pursue a career in the music industry, he then started his first recordings with a community based record label named Camaflage Records. Shortly after he formed another music label named Pressure Dem Records and started to compose beats and started recording other artistes. During the course of all these ventures he was tutored by Jahnoi (Selah) Nunes of Jah Ova Evil Records © ™ in how to operate the necessary programs such as Fruity Loops, Nuendo and in later years Pro Tools and Reason which now makes Dxl a highly effective element in any studio and a true asset.
He has released his debut EP in July of 2013 on the Jah Ova Evil Records © ™ label. Dxl emerges as a fresh new talent straight out of Dunkirk in East Kingston, Jamaica.
Dxl is sure to be one of the most infectious and effective artistes to hit the scene.