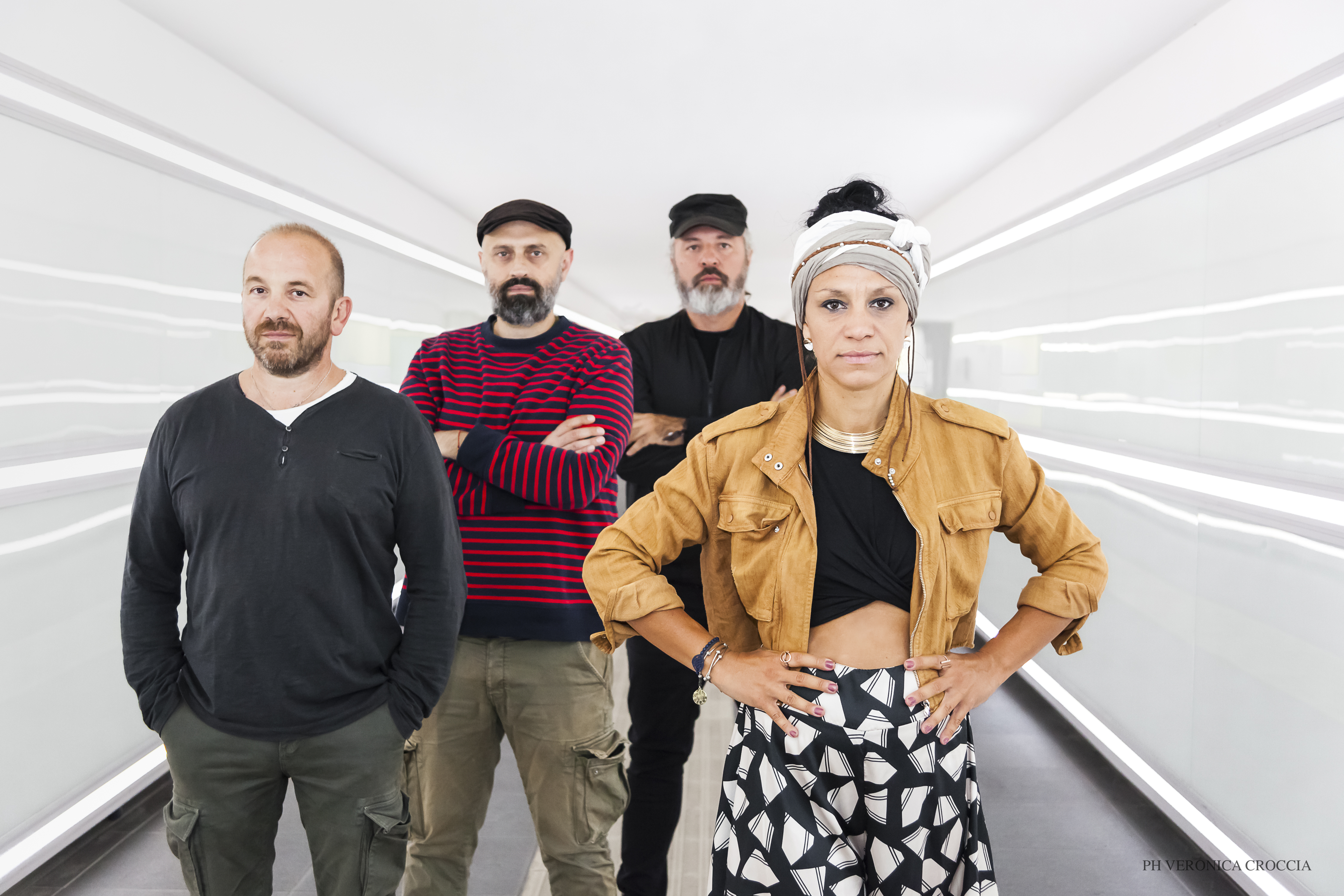 Wicked Dub Division was born in 2005 in Italy, stemming from an idea by GP Ennas (drums), King Claudio (bass) and Luca Venerus (keyboards). After a series of vinyl singles produced for the sound systems scene, they released their first album entitled Wadada in 2011. The 2014 arrival of Michela Grena, the voice of B.R. Stylers and Massimiliano Peak (dub live set) marked a new starting point for the ensemble towards a path of musical experiment, mixing blazing and hypnotic sounds with wicked and minimal beats.

After the initial experience The Rootical Dub Session, in homage to the origins of reggae’s roots revisited in dub, Wicked Dub Division experimented by creating new songs in a unique style, culminating with the release of 2015 album “Dub Drops” (including singles “Autumn Drops” and “How Many Women”). Within a year the band had achieved numerous important goals: performing on many stages across Italy and beyond, opening for the Twinkle Brothers, Dub Inc and 99 Posse as well as playing at Rototom Sunsplash in Spain. In July of 2015 they won the Critics Award at Amnesty International Italy’s ‘Voices for freedom’ contest, with their song “New Slavery”.

Their 2016 followup album “Red” was preceded by the singles and videos “Freedom” and “Roots and Wings”. In 2017 they released the 12" single “Lion” for “Roots Cooperation” and the collaborative “Mama” with the North East Ska Jazz Orchestra, gathering 22 musicians for a new explosive project ranging from ska to dub. The official video exceeded 4 million views in two years.

Michela Grena has also collaborated as a vocalist with Zion Train. They’ve appeared together at the HeartBeat Festival in Gudalajara, Mexico (March 2016); on their German tour (September 2016); at Bologna Dub Club with Dub Dadda (February 2017); at Uprising Festival in Bratislava, Slovakia (August 2017); and in 2018 on the Italian tour “ZT30”.

After a 2019 summer busy with concerts at important festivals (Sounds of words in Poland, Bababoom Festival in Italy, Overjam International Reggae Festival in Slovenia, Electroruga Buzad in Romania, PortoEtno Festival in Croatia) in September 27 they release their new album “Deepest”.