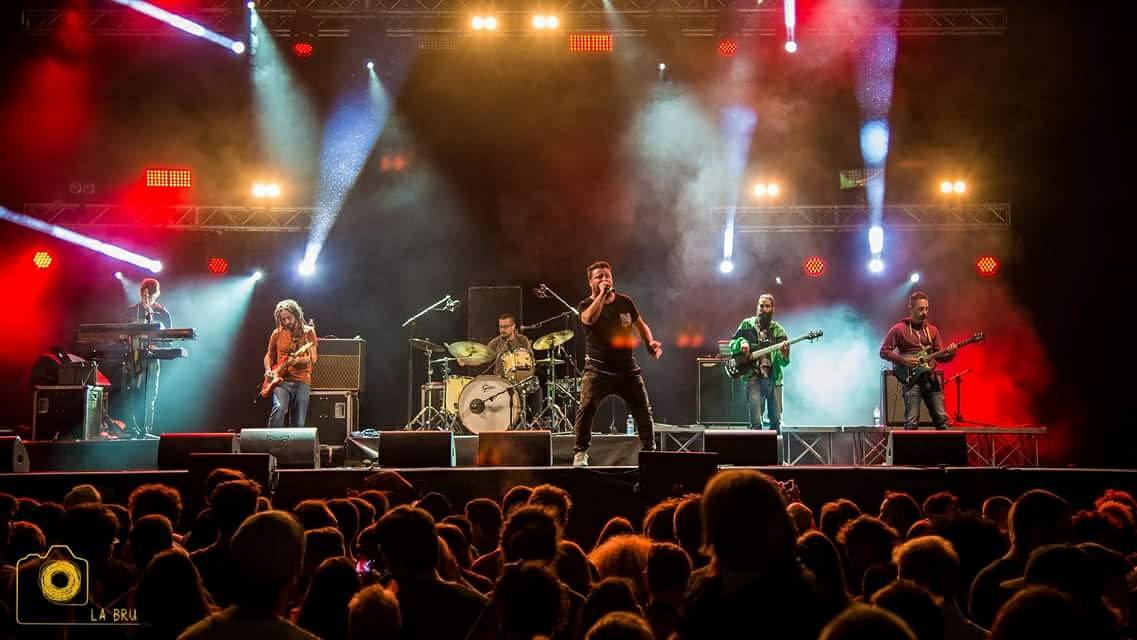 Forelock (real name Alfredo Puglia) was born into a musical family in Sassari, Sardinia, in 1987. His mother, Alessandra Pinna, is a pedagogy scholar and ethnomusicologist. His father, Antonio Puglia, is a renowned clarinetist and conductor of the Philharmonic Orchestra of Sardinia and introduced young Alfredo to classical music at the age of 8.
Forelock soon approached other musical universes, coupling the study of piano with opera singing, electronic music and African percussions. For a number of years he was responsible of the digital archive of the conservatory of Sassari.
His all-round love for music brought him to meet the Arawak family in 2008. Arawak are one of Sardinia’s strongest reggae realities, born in 2003, and over the past years performed as riddim band for legendary Jamaican artists. Soon Forelock became frontman of the band and proved to be one of the most promising voices in the Italian reggae scene: thanks to the various collaborations sparked from his numerous travels to Jamaica, he earned the title of “Top Singa” among the national and European reggae community.
In 2013 he joined the DubFiles project, directed by renowned Italian producer and dubmaster Paolo Baldini, thanks to whom Forelock was able to collaborate with other artists of the European reggae scene like Mellow Mood from Italy and Sr. Wilson from Spain.
At the end of 2015 he published his full-length debut under the name of Forelock & Arawak, entitled ‘Zero’, on the Italian label La Tempesta Dub. Produced by Baldini, the record highlighted his extraordinary voice and featured famous international artists like Steel Pulse, Dennis Bovell and Juba Lion. During the tour supporting the release, Forelock performed at the largest Italian and European reggae events and joined international tours of
Jamaican reggae stars like Luciano, Johnny Osbourne, Assassin AKA Agent Sasco and Randy Valentine.
In October 2018, Forelock & Arawak release their second album: To The Foundation, for La Tempesta Dub and produced again by Paolo Baldini, preceded by the single Roots & Culture (March 2018) and Islander Taking Over (May 2018).